Tarragindi: The newest member of the millionaire’s club

Brisbane property has come of age during its most recent market cycle. Prices have boomed across the board, from affordable homes through to prestige listings.

There are plenty of reasons to feel positive about the future too, with continued confidence in the nation’s response to our epidemic, low interest rates perpetuating (for the time being at least), major infrastructure works, borders reopening and the 2032 Olympics that will  bring international attention to Queensland’s southeast.

All this means locals must prepare for a new reality – we’re going to see median prices continue to inch up this year.

The last time we had market conditions like these was way in the early 2000s. Brisbane caught the attention of people from New South Wales and Victoria. Southerners could see the excellent value our property offered, and they were at the forefront of rising prices. Local buyers were then dragged along for the ride as new price benchmarks were set.

The key to taking advantage of these conditions is recognising which suburbs will benefit most and, for mine, Tarragindi is a prime example.

Until recently, Tarragindi was a reasonably well-kept secret in our local market.

Tarragindi rarely appeared on the statistics promoting ‘Brisbane’s hottest suburbs’ because it shares a postcode (4121) with Holland Park. Whenever an analyst ran the numbers on 4121, they always quoted Holland Park as the growth zone responsible for any positive news – but, in truth, Tarragindi has been a big part of this upbeat story.

Tarragindi is full of beautiful homes on large blocks. There are colonial stunners with plenty of yard. It’s also been enjoying a wave of transformation with local builders among those demolishing post-war homes, splitting blocks and constructing eye-catching contemporary houses that appeal to families.

In addition, Tarragindi’s topography allows for views from some of its most elevated positions. Vistas that take in the city skyline, mountain ranges, surrounding suburbs and even the Gateway Bridge.

The suburb’s appeal extends beyond housing types too. There’s a wealth of parklands for Sunday strolls and bike rides, nearby Toohey Forest for keen trekkers and animal spotters, and a range of other family-friendly facilities within reach.

Schooling is also highly enviable. For example, St Elizabeth’s Primary School is a magnet for those seeking a top-notch education for their kids. Add to that Wellers Hill State School’s excellent reputation. Apart from the fabulous community built around this public school, there’s also been some nation-first programs. In fact, the Japanese bi-lingual program brought a whole new cohort of residents to Tarragindi, and they’ve been willing to pay premium prices to be within the school’s catchment.

Brisbane has seen its list of million-dollar-median suburbs grow… and Tarragindi recently joined that illustrious club.

Who would have thought a decade or so ago that this hidden gem of a location would break the million-dollar median?

From my on-the-ground experience, its popularity isn’t waning either, and for good reason.

Public transport makes the suburbs highly accessible. There’s also easy access onto the Southeast Freeway which means a journey to the Gold Coast and Sunshine Coast is a simple day trip.

And gentrification is still underway. The calibre of new lifestyle businesses, such as cafes and restaurants, is outstanding.

Another reason to feel bullish about price growth is that stock remains tight.

According to SQM Research, listings have been falling steadily since May 2019, with current listings at their lowest in a decade. This is a key ingredient in the price-rise recipe. 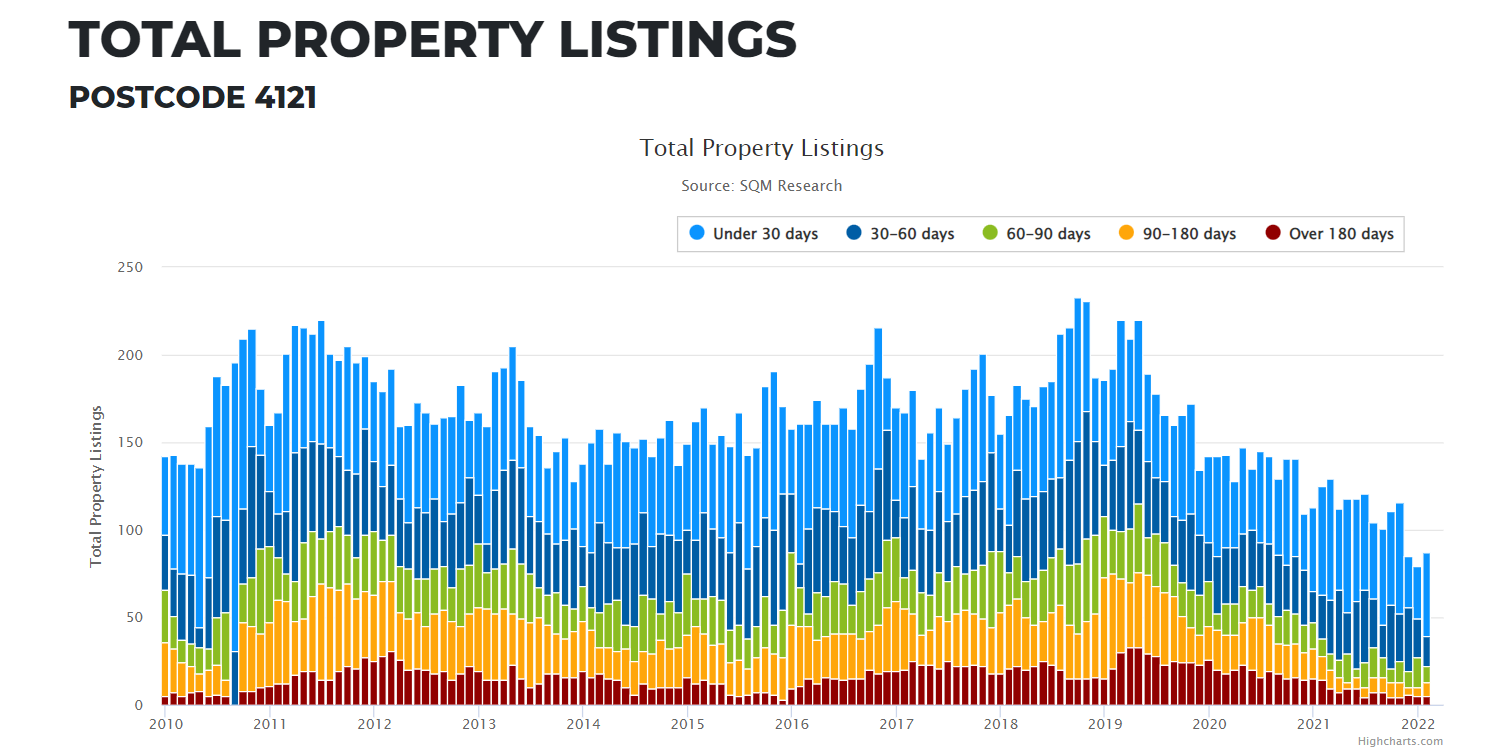 This may all sound like buyers have now missed the boat… but they haven’t. There’s still plenty of opportunity to purchase in Tarragindi and take advantage of future capital growth.

There are loads of renovatable homes throughout the suburb and they’re mostly on good size blocks of around 600 square metres or more. This is just the sort of real estate that can yield exceptional outcomes for those with imagination and gumption.

And if your budget is more toward the first homebuyer or investor end of the scale, then units and townhouses are hard to beat. In fact, if you’re a first homeowners on a budget, then some minor upgrades to a unit or townhouse with good bones will improve liveability and provide a kick-start to your property portfolio when you move on.

Tarragindi is a southern suburb worthy of more attention. While its star is already on the rise, there’s still some way to go until it’s on everybody’s radar. I think anyone who buys in now will look back in the years to come and congratulate themselves on their savvy purchase.

Trust Matthews Real Estate, with over 87 years
experience in the Brisbane property market.